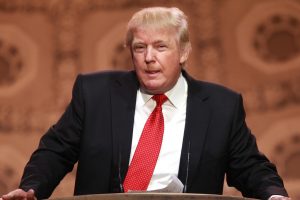 I first read about how a lot of Americans wish that Obama was still the president in May of 2017. I can’t help but notice that there is a widespread of “I Miss Obama” t-shirt being sold online through Amazon and eBay. Some are also sold in t-shirt graphic design websites that are readily available for printing (see https://www.funphotocreator.com/11×17-printer/). To my surprise, these shirts are sold at a very minimal price.

The “I Miss Obama” t-shirts come in simple designs with Obama’s image on it. It comes in varying colors from vivid to dull colors.

And then it struck me that this is a silent campaign of many Americans who oppose the present president, Trump. I am not an American citizen nor do I live in the United States, but the political and economic issues that happen in America greatly affects our country. Nonetheless, with so many things happening in the American government, I fear that someday, there will be an outburst of demonstrations opposing the present government, from the mass public to mass media.

Why do the majority of Americans do not like the present administration?

57% of American voters provide their reasons why they don’t approve of Trump to be the president.

After reading the poll regarding Trump’s presidency, I empathize with the United States. They deserve a better president, a person who can lead with proper guiding principles.

Disclaimer: This post is from the point of view of an average internet user. The information in this post is not to offend any of the parties of the United States or in the American government as a whole. This post is merely an observation, nothing more to it.